So, my last 10 days have been certifiably insane. Really, with the exception of a quick audition tomorrow morning, this will be the first weekend I’ve had to relax in months. Insane is, of course, the way I like it!

Rewind to a week and a half ago with an  industrial shoot. The company is one that makes videos that help individuals going through really heavy life struggles. A very meaningful project to work on. Working with fun people is always a bonus. My fellow cast mate and I ended up cranking out our scene in record time. It will, from this point forward, top my list of quickest shoots ever. I had to keep saying things to the director such as “Are you sure I’m done? I’m really leaving now;  if you want to change your mind.. now is the time.” Nothing. So I left. And in that brief moment, I gained a newfound respect for just how efficient the professional and prepared actor and crew can truly be.

That following week, I began working on filming for my television debut on the set of “The Glades”. I was fortunate enough to land the role of a nurse complete with a few lines and everything. Starting with a frantic call from assistant producer bumping up my call time from 2 hours from then to right at that exact moment, my day became a whirlwind. As soon as I arrived, I was deposited in my trailer just long enough to put down my car keys and write my first name on my contract before being swept from hair, to wardrobe, to rehearsal, to makeup, to hair again then onto set to crank out a scene. A crank it out we did. Everyone was so prepared, that hitting the scene along with all its angles was accomplished so quickly that the rest of the afternoon seemed to just fly past. It didn’t take long, naturally, for me to realize that acting and I have are a great fit for one another.

This brings us to yesterday. 12:30 a.m. while many of my friends were sleeping soundly, I was enthusiastically arriving on set of an overnight KFC commercial shoot. It was a cold night. Unseasonably so for April in Miami, FL. The shoot itself was slightly slow going, but a great crew and awesome fellow cast-mates (including a couple friends) the night ended up flying by. My sleep schedule is still completely thrown off today, and I’ve spent the better part of the last 24 hours in a zombie-state which is insane, I know. But remember, insane is the way I like it! 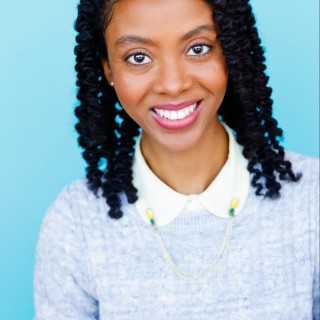